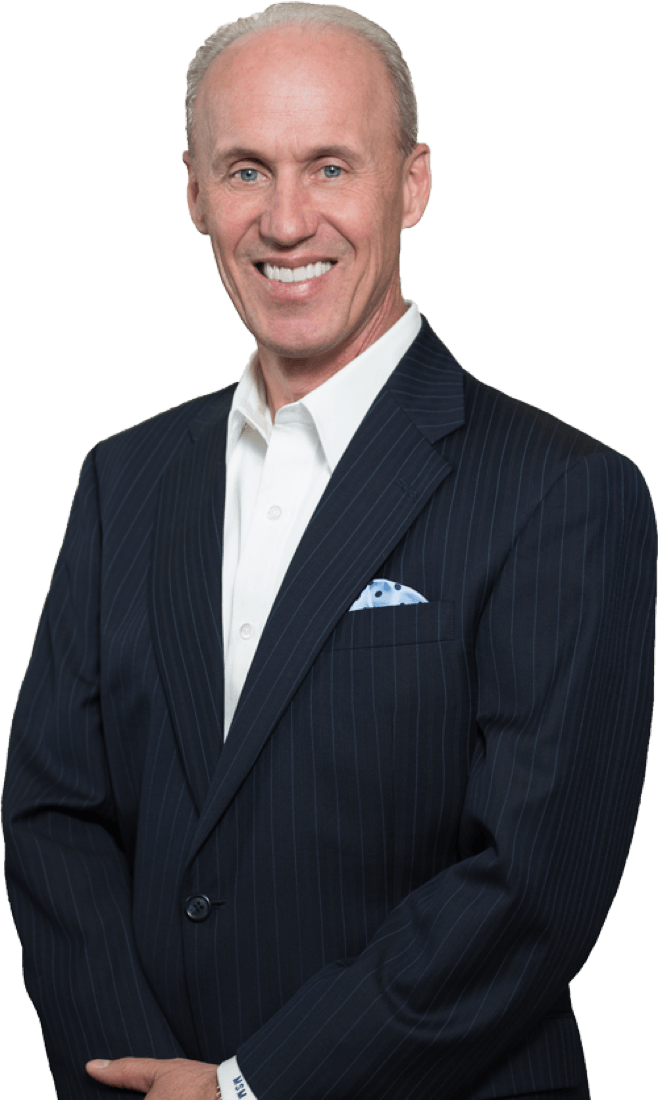 Michael is Chief Executive Officer and is responsible for the oversight of all executive leadership in the firm, in addition to being actively involved in all investments. Michael has an extensive background in oversight of billions of dollars of investment real estate in his career including research, design, analytical underwriting and capital structures with both private and large institutional investors. In his 40+ year career he has served as the former Chief Investment Officer of Asset Plus Corporation, Founder and CEO of Asset Campus Housing, the largest privately owned student housing operator in North America and is also the former founder and CEO of Corporate Living and Relocation Services.

Michael has many philanthropic passions and namely has served on the board of directors since its conception for the Fred and Mabel Youth Ranch, the largest homeless shelter for youth in Fort Bend County, Texas. Married for 35 years, Michael and wife in their free time truly enjoy traveling the world, outdoor adventures and spending time with their son and two daughters.

Michael is responsible for the oversight of all executive leadership in the firm in addition to being actively involved as leader of the investment team.  Michael has served as investor and Co-General Partner of all property acquisitions and developments undertaken by the company, and over the last 40 years he has been involved in the analysis and operation of over a billion dollars of real estate investment properties.

Michael began his professional real estate career in 1977 where he served as Vice President of Houston-based Texas Capital Management Corporation responsible for acquisitions, management and leasing of investment properties. In 1984 he invested two years in securities syndication and sales of investment real estate properties in Texas on direct participation programs such as the $52 million dollar Hershey Resort Hotel in Corpus Christi, Texas. This experience eventually led Michael to be appointed as Senior Vice President of Houston based Asset Plus Corporation during its inception in 1986.  Michael was promoted to President and Chief Executive Officer in 1988 and later acquired Asset Plus Corporation from its institutional-based owner.  He is also the former Founder and Chairman of Corporate Living and Relocation Services and formerly served on the Board of Directors with W.E. Perry Realty Investment Funds.

Michael currently serves on the Board of Directors of the Fred and Mable Parks Youth Homeless Shelter, a non-profit 501(c)(3) organization serving at risk and homeless youth by providing a safe, supportive, and structured environment.  He enjoys spending his free time with his family at their ranch in Lytle, TX. 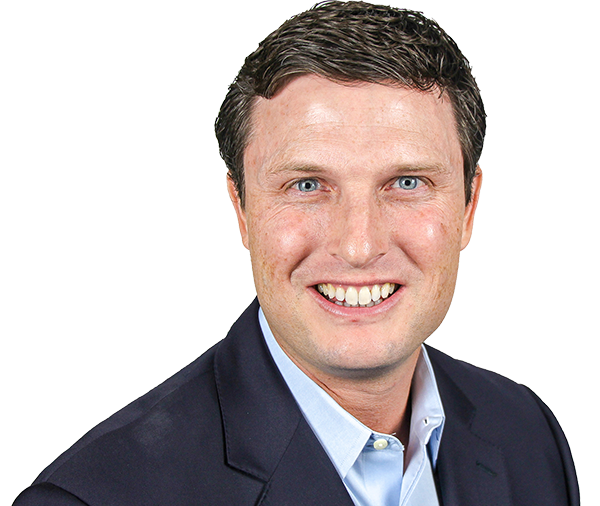 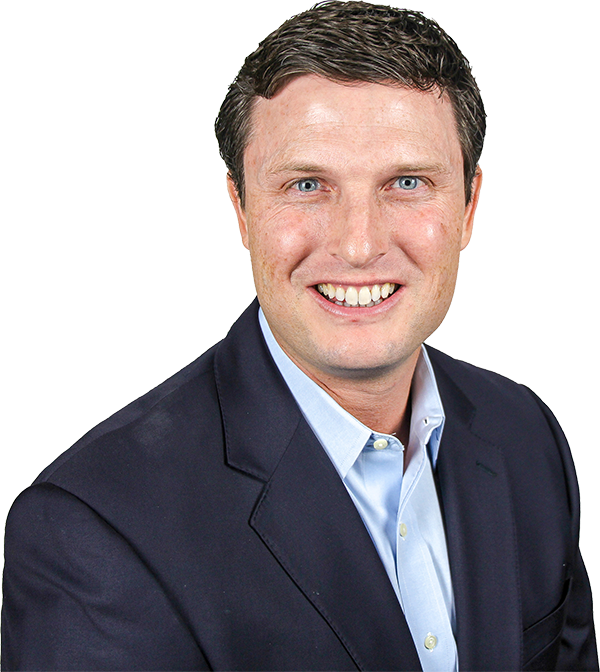 Barrett is Chief Investment Officer for McGrath Real Estate Partners and currently oversees all of the company’s investment activity including new multifamily and student housing development/acquisition opportunities throughout the nation.

Barrett has over 20 years of experience in commercial real estate and has an extensive background in commercial banking. Prior to making the transition from Asset Plus Companies to McGrath Real Estate Partners, Barrett worked for KeyBank Real Estate Capital where he was responsible for the underwriting and closing of real estate construction and acquisition loans. Previous to his banking career, Barrett handled a range of valuation and litigation related engagements for Arthur Andersen in Houston.

Barrett earned his Master of Land Economics and Real Estate from Texas A&M University and received his B.A.
in Business Administration from Austin College. Barrett is a married father of two sons and enjoys coaching and taking them hunting in his spare time. 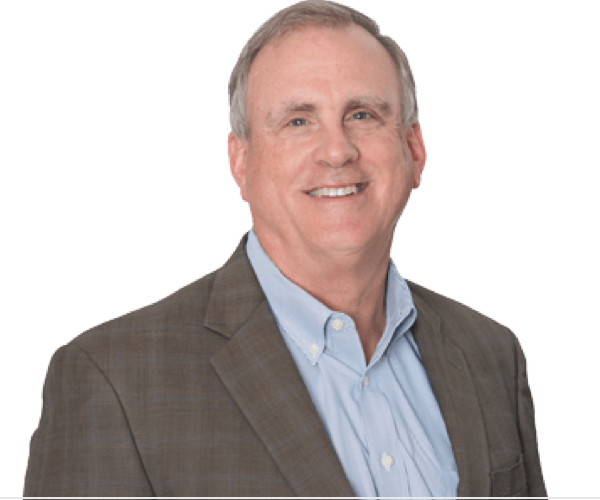 Randall is responsible for financial planning, risk management and the maintenance of third-party financial relationships for McGrath Real Estate Partners

Randall has over 40 years of financial experience. He began his career with Deloitte & Touche in 1976 and later relocated to the Dinerstein Companies where he served as the CFO for 22 years.

Randall is a Certified Public Accountant (CPA) who received his B.B.A. in Accounting from Texas A&M University and his M.P.A. in Professional Accounting from The University of Texas.  Randall enjoys playing golf, spending time with his family and most importantly, listening to Jimmy Buffet. 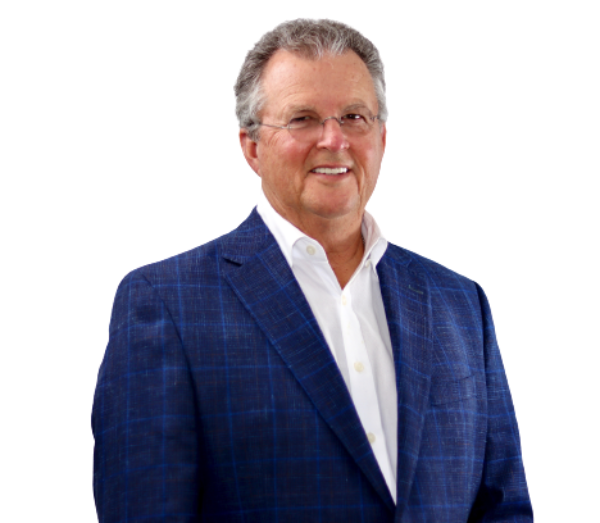 Pat began his career as a licensed real estate broker in Houston, Texas in 1976 and for many years he was the President and CEO of a firm that specialized in residential real-estate partnerships, real estate syndication and property management.

He has been involved in billions of dollars of real estate and real estate transactions and has been active in deals in every state in the United States as well as Canada, Mexico, the Caribbean, Spain, Italy and Germany.

Pat has been previously incensed as a real estate broker in Texas; Arkansas and Pennsylvania and has held NASD FINRA Series 63, 22 and 7 licenses.In late 2019 Pat successfully completed and received a Certificate from the Massachusetts Institute of Technology (MIT) Media Lab Cryptocurrency course. 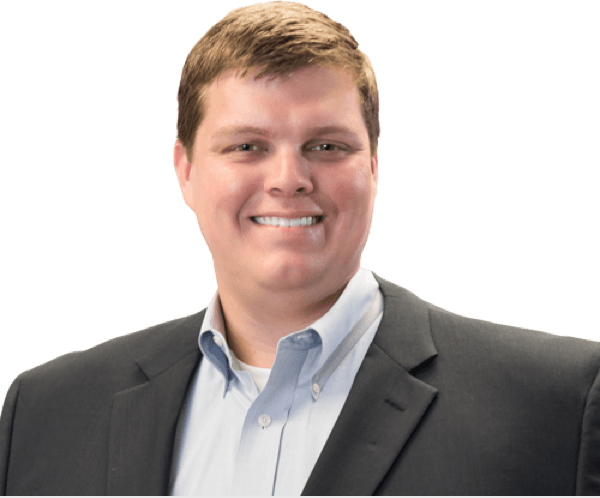 Alan is responsible for overseeing all capital improvements and development projects for McGrath Real Estate Partners. He plans the overall conceptual development of the project and coordinates project organization, scheduling, and implementation. Alan also monitors the progress of construction operations and ensures that projects are running on time and under budget.

Alan joined ACH after graduating from the University of Mississippi with a B.A. in Real Estate. Alan enjoys spending time with his wife, hunting and hanging out with his new puppy Remi. 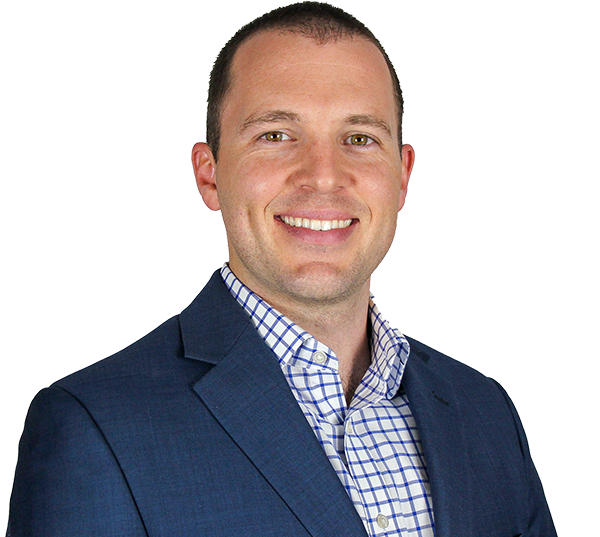 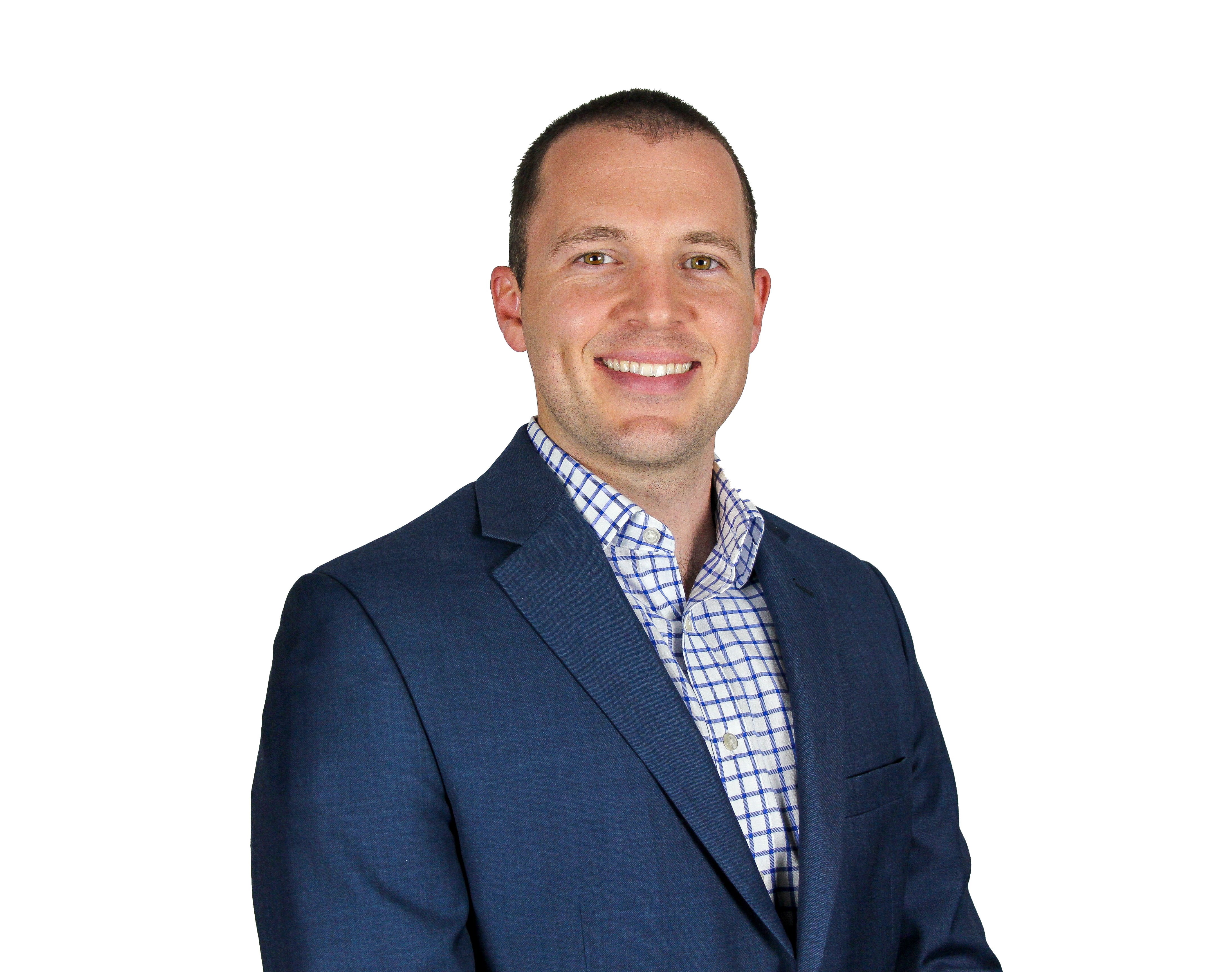 Jack is responsible for pursuing new multifamily and student housing development opportunities throughout the nation. He works on market analysis, underwriting, site selection, due diligence, and design development. Prior to the formation of McGrath, Jack was responsible for underwriting and site selection on more than $4.8B in new development opportunities at Asset Plus Companies. Prior to joining Asset, Jack had experience in self-storage and multifamily development, office leasing, and construction project management.

Jack earned his Master of Real Estate (MRE), his B.S. in Construction Science, and a Business Minor from Texas A&M University. Outside of work, he enjoys spending time with his wife and dogs, and pursuing outdoor hobbies such as fly fishing, hunting, and photography. 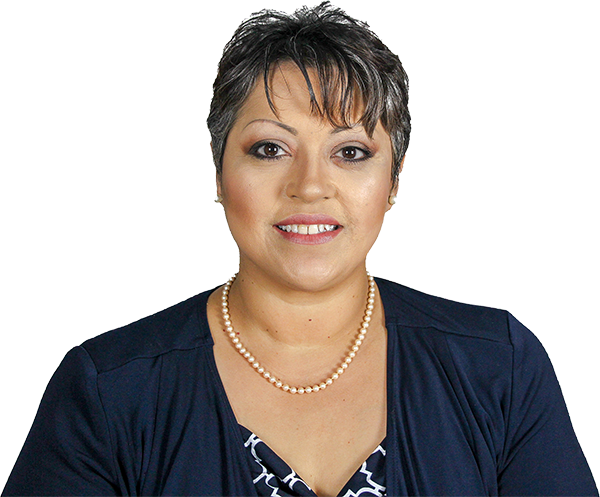 Blanca Anderson is a New Development Project Manager who provides support in all aspects of project management for all renovations and new developments. She works with Mark Lindley and Alan Hyland to ensure that projects are running on time and under budget. She also implements and maintains the Company’s project management platforms.

Blanca has over 27 years of experience in the multi-family and student housing industry.  Prior to joining the team in 2010, she held several positions from assistant regional supervisor, database administrator, systems analyst and software trainer.

Blanca is a certified app developer, certified software instructor and a systems analyst.  She has received several industry achievement awards including scholarly achievement in 2014 and administrative support of the year in 2009 and 2013. 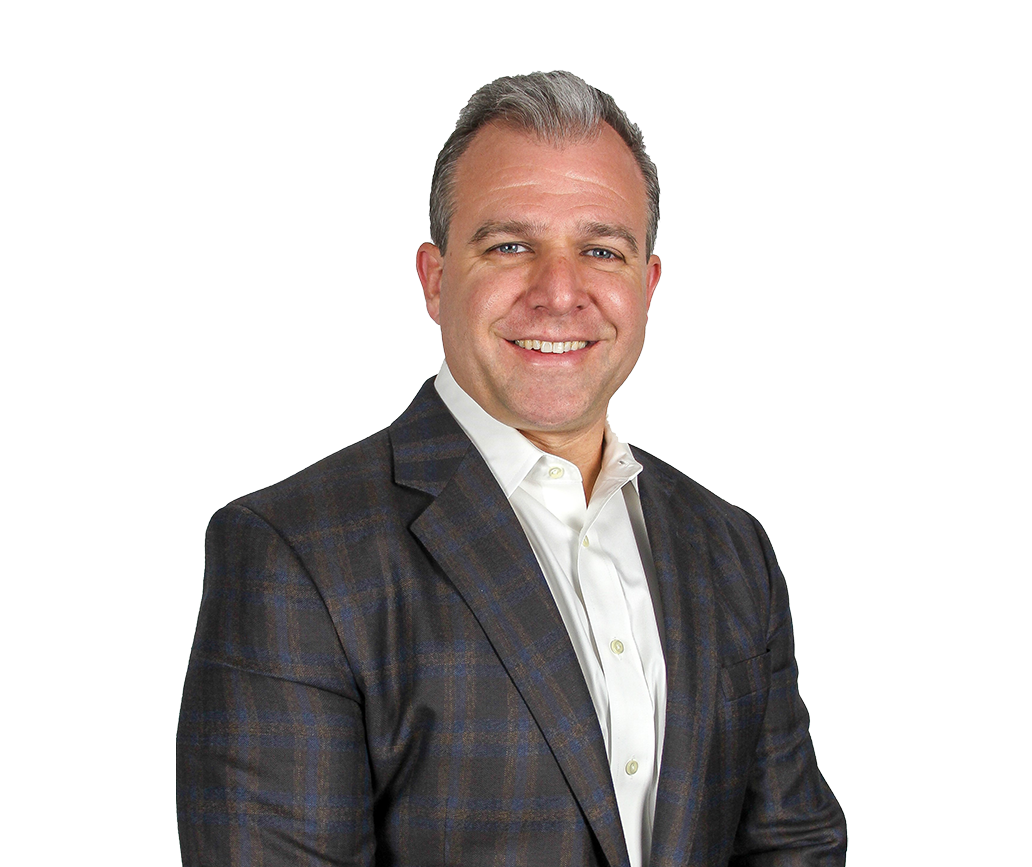 Randy earned his MBA from the University of Houston and received his B.S. in Management from The United States Military Academy at West Point. He has a CCIM designation and is a member of the National Multi Housing Council. Randy has three children and enjoys hunting and fishing in his spare time.